Harold is a graduate of Harvard University, and brings to his role at GCF nearly three decades of experience working primarily on education reform issues at influential nonprofit organizations.

Share details of your personal and professional background that helped to guide your path to Greater Cincinnati Foundation.

I experienced two almost completely separate life tracks as a child. I was born in Hamilton but grew up on “the mean streets of Oxford” (chuckle, chuckle). The fifth of six children in a working-class family, my dad was a laborer who died when I was 14, and my mother was a laborer until she became too ill (multiple sclerosis) to work. We were one of probably a couple of hundred black families in town back then, a good number of which were my relatives, and so my life outside of school was dominated by church activities, family get-togethers and hanging out on those “mean streets” (chuckle, chuckle) with a handful of other black kids.

However, my school-based life was very different. Despite almost always being the only black student in every class (I think there were seven of us in my eventual high school graduating class), I was a standout student from the get-go. Consequently, my friends were almost exclusively college professors’ kids, who lived in a different part of town, and I had very little interaction with them outside of school activities.

Something like 65 percent of all college-going kids from Oxford Talawanda High School attend college at Miami University primarily because their parents work there and tuition is free. For different reasons, I was pretty sure I would attend Miami, too. My mom’s health was declining, my younger sister was still at home and we didn’t have much money, so I figured I could even live at home to save some money. But a strange thing happened on the way to Miami . . .

Somehow, I had become very good friends with a Jewish kid named Ken, whose dad was a Miami professor and whose sister — two years older than us — was a Harvard student. One day while at my house, Ken, who ultimately graduated from Syracuse, saw all of those the college admission packets I had received and said I needed to think bigger than Miami. After some serious arm twisting, I agreed — practically on a dare — to apply to Harvard.

It’s important to note that I was a 3.9 GPA student, senior class president and a star athlete, but when I told my guidance counselor about my intention to apply to Harvard, he said, “Don’t even bother. You probably can’t get in. And even if you did get in, you probably can’t afford it. Just go to Miami or Central State.” I’ll never forget that as long as I live.

Well, that following April, a letter from Harvard arrived in the mail. Not only was I offered admission, but also scholarships and grants covering all but about $2,000 of the then dirt-cheap cost of around $17,000! My Mom didn’t know much about colleges, but she knew the Harvard name and said, “You’re going!”

I give great credit to Ken for urging me to apply to Harvard. He and his family lived in California for many years, then returned to this area and we rekindled our friendship. In a fascinating twist, we later discovered another connection. When we were kids, before we even knew each other, Ken’s dad was director of the campus Hillel Center. He actually hired my dad (and me, in effect!) to clean that center a couple of nights a week over many years! I have not-so-fond memories of sweeping, mopping, operating a buffer machine, etc., in that center when I was about 9 or 10 years old!

After graduating from Harvard and following a three-year stint at WGBH-TV in Boston, I moved back to Cincinnati in 1992 to be closer to my mom, who by then was struggling to live alone in her own home. My first full-time job back home was Chief of Staff to the Vice President of Student Affairs at Miami — Dr. Myrtis Powell, the first African-American Vice President in the University’s history. Eventually, I also became director of multicultural student enrollment and retention. I was responsible for attracting and enrolling increasing numbers of multicultural students, a formidable task. We were able to spike those numbers up to an all-time high of 10 percent minority students in a couple of years. My time at Miami cultivated a passion for education that continues to this day.

I carried that passion forward in 2000 when I joined KnowledgeWorks Foundation, a then new organization committed to fostering equitable education for all students. Early in my tenure there, the Bill & Melinda Gates Foundation chose KnowledgeWorks to be their intermediary for major high school reform work in Ohio. So, with about $50 million from the Gateses and millions more from other grants, I became the director of our school improvement work and ultimately a vice president. After the grant money ran out, we decided to continue the work on a fee-for-service basis, and I founded EDWorks as a subsidiary of KnowledgeWorks. Eventually we focused on “early-college high schools,” helping set up high schools on college campuses where students could take college and high school classes at the same time. It has become a national movement — very powerful work because it targets average or below average students and exposes them to college success while still in high school. All of my education work was focused on equity goals, a focus I continue to embrace here at GCF.

Over the past nearly 20 years, I’ve been very active in the community, serving or having served on advisory or governing boards for the Cincinnati Youth Collaborative (CYC), Cincinnati Police Chief, GreenLight Cincinnati, Leadership Cincinnati, AchievePoint Career Academies, and St. Xavier High School’s Mission and Promotion Committee. In addition, my wife and I have served and worshipped in the same large inner-city church, Christ Emmanuel Christian Fellowship, for about 25 years. I have also been on the national stage with a lot of my college access education work, including leadership roles with the National College Access Network.

As I mentioned earlier, my father died when I was 14. Cuthbert (Bert) Grimes, a longtime AK Steel worker, was introduced to my mother by an uncle a few years after my father died. She never wanted to remarry but she and Bert became life partners and he became like a second father to me.

Bert had been in the Coast Guard and attended Columbia University. He was a phenomenal man, he took wonderful care of my mother and he was really a model for how to treat everybody with dignity, family or not. He was the most unselfish man I’ve ever known. He’s always been my inspiration, and helped shape my commitment to family and our entire community, which is reflected every day in my work at GCF.

I enjoy singing, especially gospel music, although I don’t do it regularly anymore. In 2000 I actually sang backup with a choir in a Broadway musical, The Civil War, a touring production at the Aronoff Center. I was part of a group that sang background for the Gatlin Brothers. It was one of the most fun things I ever did — singing in a Broadway play was quite an exercise. I also sang in high school and the gospel choir at Harvard.

I’m claustrophobic, so I have real trouble flying. I have to have an aisle seat, and I almost always use my own money to upgrade to first class to sit in the front and then on an aisle. The older I get the worse it gets. I do not fly well and I avoid small planes.

I just love the people. From day one I’ve been made to feel welcome and wanted, and everybody’s been cooperative and helpful. That’s really the hallmark of any great organization, the quality of the people, the care and concern they have for one another. I’ve always been fortunate to work for mission-driven organizations. That’s really important to me and this place exemplifies that. We are committed to the mission and to each other. I can hardly wait until Community Strategies is fully staffed — we’ll really soar! 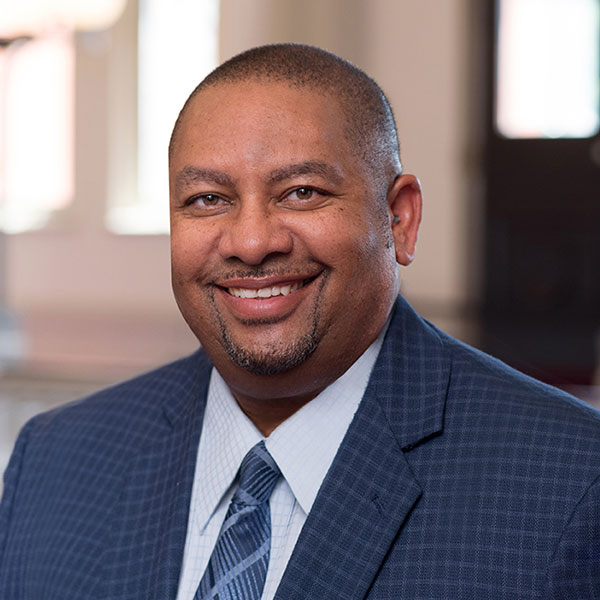