The Erma A. Bantz Foundation

Erma lived in Cincinnati for 95 years. Throughout her life, she suffered from severe hearing loss. Later in life, she also lost her eyesight.

Despite later surgical improvements, she continued to suffer from diminished hearing and sight until her death in 2006. The Erma A. Bantz Foundation was established to carry out her desire to improve the lives of people who suffer hearing or visual impairments and has partnered with GCF for assistance with grantmaking.

Purpose of The Erma A. Bantz Foundation 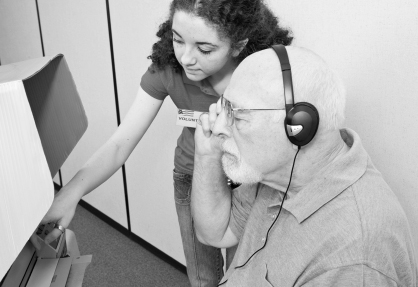 The Bantz Foundation makes grants to Greater Cincinnati organizations that have as one of their stated purposes the support of and/or aid to the visually impaired and the hearing impaired.

If you believe that your organization meets these qualifications, complete and submit a Letter of Inquiry (LOI) through our online system. New to our system? See our Applicant Tutorial section below for more information.

Directors of the Foundation

The Bantz Foundation requires a follow-up evaluation report to be completed in our online grant system at the end of the grant period. Applicants will receive an e-mail reminder two weeks prior to the evaluation due date.