In December, Greater Cincinnati Foundation (GCF) hosted the release of Giving Black: Cincinnati, A Legacy of Black Resistance and Stewardship. The often-overlooked history of black philanthropy is an integral thread in the fabric of American generosity. African Americans created and established their own social services, educational programs and charitable organizations when they were excluded from mainstream participation.

The study, a GCF collaboration with New England Blacks in Philanthropy (NEBiP) co-funded by the W.K. Kellogg Foundation, explores both that rich history of black philanthropic giving in Greater Cincinnati, along with the giving perspectives and priorities of African American Cincinnatians today.

Those viewpoints came from a survey completed by more than 300 Greater Cincinnatians in 2018, along with interviews and focus groups convened to gather quantitative and qualitative data. They provide a powerful testament to the current vitality of black philanthropy and offer insightful outlooks that are essential to transforming our communities.

When asked what social policy issues mattered most to them, black donors across all age, gender, education, income and zip code groupings ranked economic equity as the most important, although donors earning less than $80,000 ranked it slightly lower. A mere 11 percent believe that Cincinnati — which is 44 percent black — is a place of economic opportunity for blacks to thrive.

Higher-income respondents (income of $120,000 or more) ranked economic and segregation/race issues as critically important to African Americans in Cincinnati. For those with household incomes below $80,000, education and employment were viewed as key issues. The study found that “black donors have the most confidence in nonprofit and affinity organizations that develop programs that solve or remediate local, regional and national problems that grossly impact people of African descent.”

Giving Black: Cincinnati lends significant weight to redefining the narrative of black philanthropy, celebrating its assets and power through resistance, resilience and renewal.

“This shines a light on the new landscape for giving,” affirmed Bithiah Carter, NEBiP President, in remarks at the Giving Black: Cincinnati presentation. “This report of resistance and stewardship is a legacy to us; it is the insight we need to fuel social equality.”

It’s also imperative to our collective future. “Ultimately, the goal is to help everyone grow,” said Carter. “Our communities are interdependent and socially responsible to one another. We need to use this to democratize philanthropy. We’re fighting for the sake of the entire community.

“Black philanthropy matters. It is a form of black leadership.” 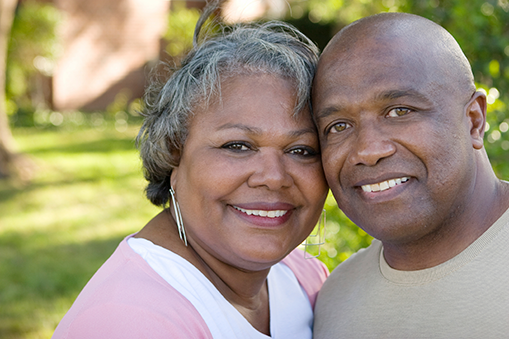 In 2018, $1.1 Million in Safety Net Grants Helped Our Neighbors
Join us in Solidarity
Racial Equity Matters Sessions Engage Over 600 Participants