“Philanthropies that have come to recognize the roles of race and ethnicity are using research to become better informed about their role in social and economic disparities. These organizations are actively building into their lexicons and strategies an emphasis on historical inequality, racial equity and racial justice in their grantmaking, programs and services.” — Giving Black: Cincinnati report, December 2018

Greater Cincinnati Foundation’s (GCF) Giving Black: Cincinnati report, released in December in collaboration with New England Blacks in Philanthropy (NEBiP), provides a wealth of information into the largely unrecognized legacy of black philanthropy and current giving priorities of Cincinnati’s African American residents. It’s a data-rich document that resonates with insights that can amplify the significant gifts they bring to the funding table.

It prevails even among the 300 black respondents to the Giving Black surveys, interviews and focus groups. Across the board, they reported finding it difficult to see their charitable efforts as “philanthropy.” They also noted that they often weren’t included in the “ask” for mainstream philanthropic efforts.

While the respondents varied greatly in age, education and salary — from baby boomers to millennials, male and female, married and single, less than a high school education to PhDs, from under $80,000 in household income to more than $250,000 — their feedback identified philanthropy as the realm of wealthy white people. That’s despite the fact that, according to the W.K. Kellogg Foundation, African American families give larger shares of their income, volunteer their time and donate other non-financial resources to charity more than any other racial or ethnic group.

The study found that a majority of black donors base their philanthropic decisions upon the value of “giving back to support the community.” That translates into an emphasis on Cornerstone and Kinship donor practices, defined as “general betterment of society” and “empowering the black community or a subset of the black community,” respectively.

Cornerstone donors are more likely to direct their giving to organizations that address needs of the black community such as education, the economy and social justice. Those themes resonate in Kinship giving practices as well; the perspective of Kinship donors is frequently driven by the belief that their personal outcomes are bound up with the broader fate of the black community.

Across gender and all income levels, black donors reported giving most heavily to churches/religious institutions (34 percent) and to family/friends in need (24 percent). That religious-based philanthropy comprises the third major donor practice, Sanctified giving, or “living out my faith.” Several Sanctified donors cited their giving to churches as result of first learning about the concept of giving from those institutions — a tendency retained regardless of their current church attendance.

According to the report, “black donors have the most confidence in nonprofit and affinity organizations that solve or remediate local, regional and national problems that grossly impact people of African descent.” Overall, they reported donating within the past 12 months to two civil rights organizations that have historically been cornerstones of the black community: the NAACP (29 percent) and the Urban League (30 percent).

In addition to financial support, 91 percent of the survey respondents reported giving of their time and talents to volunteer opportunities in the community, citing “making a difference” as their main motivation. 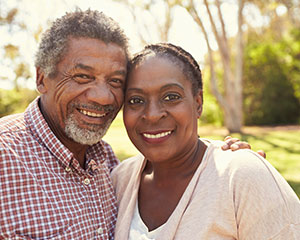