Michael A. Coffey, Greater Cincinnati Foundation (GCF) Program Officer and Forest Park native, lives in Mount Lookout with his wife, LaToya, and their 8-year-old daughter and 9-year-old son. Through the Queen City Foundation and A Better Chance, he gained acceptance into the Cate School in Santa Barbara, California and received his B.A. degree in economics and political science from the University of Pennsylvania.

Share details of your personal and professional background that helped to guide your path to Greater Cincinnati Foundation (GCF).

I’ve been in grantmaking for 15 years, first in California and later in Washington, D.C. I was tasked with getting to know those communities, understanding their needs and then supporting the leadership there. But it’s another thing to come home with your own impressions of what it’s like to live here and what are some of the opportunities. That’s what the foundation afforded me in coming home.

After college I went back to both California and Philadelphia, and then moved to Washington, D.C. I’ve worked for two family foundations and a community foundation. My wife and I were married while we were in D.C.; we started thinking about moving closer to family almost immediately after my daughter was born.

There were people here, family and friends, who always said, “When are you coming home?” — so the pull was very real for me. Additionally, there was the Queen City Foundation suggesting that, “hey, we invested in you and you should come back and do some good work here.”

It’s been good to see Cincinnati through GCF’s eyes — all the possibility, all the innovation, all the generosity. Because Cincinnati can be so segregated and siloed, you just don’t think it’s here, but it really is here, you just have to seek it out and own it.

When I was on boards in other cities, the role complicated some of the relationships, so I didn’t join boards for a long time. But through GCF, staff sit on numerous committees and commissions. For example, I’m on the LISC Local Advisory Committee, as is Harold Brown, and I’ve been involved with the Cincinnati Children’s Hospital and Medical Center’s Avondale Partnership. I’m putting in a lot of time coaching my kids’ soccer teams. I’ve really enjoyed doing that and that’s something I wouldn’t have predicted; as a Cincinnatian, I was all about baseball as a kid.

My mom has this group of friends affectionately known as the ChitChatters. They have been a great support network and inner circle for her. When I was a kid, they were a big part of my life. I’d say they guided me more than inspired me — I was imaginative enough to come up with my own crazy goals, and they were always there to bring me back down to earth.

When I first heard about the Family Independence Initiative (FII), I thought of the ChitChatters and the importance of community. I am proud of GCF’s investment in this work to strengthen the social fabric of our neighborhoods, amplify the inherent assets within our communities and celebrate all that is good in our lives.

I like to travel — I’ve been to Brazil a couple of times, as well as India, Jamaica and London. Brazil was fun — my first trip was a work/speaking trip to Porto Alegre that extended into a vacation in Rio de Janeiro and Bahia.

I have a pretty strong background in youth leadership work, both as a program director and as a funder. That was my first entry point into actual grantmaking — I was running a youth program and a foundation called asking for advice on who to fund and they asked me to run the program.

I’m a drummer, but I don’t get to do that much here. In college, there was a young woman who went to Ghana for a semester, came back and asked me to help her start a drum and dance company. There were many professional companies in Philadelphia, so we had access to accomplished instructors and mentors. Two decades later, the group is still around on campus and some of my peers are board members with the companies who helped us get started.

Every day, all day I get to interact with people who want to not only give back and make the region stronger and more inclusive, but reimagine our collective future with equity at the center. GCF is hosting courageous conversations about race and turning the mirror on ourselves by examining how we need to change our own internal policies and practices. I enjoy helping people name their passions and build their legacies. 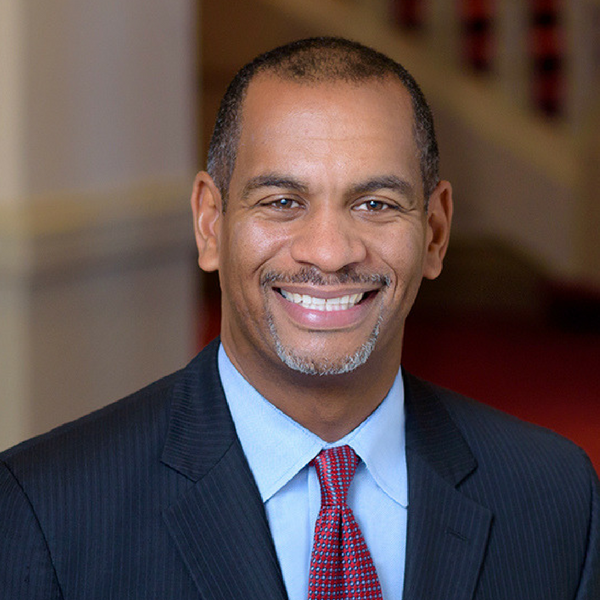