Robert Killins Jr., Greater Cincinnati Foundation’s Director, Special Initiatives, is a native of Oakdale, LA, and has a bachelor’s degree in French from Grambling State University. He and his wife, parents of two daughters and a son, live in the West End.

Share details of your personal and professional background that helped to guide your path to Greater Cincinnati Foundation (GCF).

For 10 years prior to coming here, I was a funding partner of GCF. I worked at Procter & Gamble, in the area of philanthropy, and we collaborated and co-funded many projects jointly. I had a very in-depth knowledge of the foundation — obviously from an outsider’s perspective — but I knew a lot about, and frankly greatly admired, a lot of what GCF stood for in the community. So, when the opportunity came in my post-P&G career to work here, I was delighted. This marks the beginning of my tenth year here.

I worked at P&G for 24 years. I started out as an IT guy and worked in that area — IT and telecommunications, etc. — for 14 years. I had an opportunity for an internal career change and then moved into the foundation and did public affairs/external relations work including philanthropy, some media and government relations and community relations. When I took an early retirement from P&G, I spent most of 2009 as a substitute teacher in Cincinnati Public Schools. I had every grade level from K through 12 and just about every subject except for art, music and gym — the “specials,” as they call them — I didn’t feel as if I was up to the task in those areas but everything else I was willing to try. That was a great experience and it has informed how I do some of the work that I do here at GCF.

I have a bachelor’s degree in French. I started out majoring in computer science at Grambling State University, then I had a chance to go to France in a summer study-abroad, loved it, came back and added French as a major, then had an opportunity to spend a school year in France. After that it was so difficult to get back on track because I had missed so much of my computer science work that I graduated with my degree in French, but effectively I had a computer science degree and that’s what I was hired to do at P&G. One of the things I appreciated from my time in France was identified by my advisor and head of the foreign language department, with whom I was in constant contact. His view, about computer science and the value of humanities in general, was this: “The sciences help us to earn a living, but the humanities teach us how to live.” I have found that being able to combine those two is great — it was really helpful. The push just for training to earn a living has, I think, weakened our overall humanity, especially on a national basis and an international basis.

I discovered through my 24 years at P&G that my passion was in helping people, working with people and interacting with people, and having a career that involved doing that was important. And personally, once I left P&G, my wife and I made the decision to stay in Cincinnati. (I had thought that, once the P&G days were over, that we would pack up and head back south.)

I’m involved on the board of the Seven Hills Neighborhood Houses, Inc., which is a community-based organization that has an almost 60-year history in the West End. We provide social services, support to victims of crime and we’re doing more community developing, but it’s a basic organization trying to help low-income people and support grassroots efforts in the West End. I’ve lived in the West End now for 20 years, and I’ve owned property there for 28 years. I’m also on the board of St. Vincent de Paul. I enjoy that — again, it’s in that theme of helping to make a difference for people. I’m very involved in and am an officer of the West End’s Community Council. That brings you in contact with a lot of government-related stuff as it impacts communities — how ordinances and zoning and liquor licenses and all these things that happen in communities are decided.

I am a member of the Quinn Chapel African Methodist Episcopal Church, and what I am most passionate about there is that I help to lead our prison/jail ministry, and it’s work that I enjoy tremendously. I’m a member of Toastmasters, which I also enjoy greatly.

I recently became a member of the Urban Land Institute and am excited to learn more about that work, again from the angle of the need for additional affordable housing. In the urban environment so much of the environment is built and I’m particularly interested in, how do we repurpose lots of existing structures that are historic for new purposes other than those for which they were built? There are a lot of abandoned churches and industrial buildings that can be made into housing and community centers. It’s an international organization, and this is the local chapter. It’s new to me, so it will be a learning opportunity.

There are lots of people who have inspired me and inspire me. It starts with my parents — they were very giving people of very, very modest means, to say the least, but they were always willing to help, so I learned the need — and just an expectation — that you make a contribution, and they inspired that. I’m inspired by people who want to make a difference and who give of themselves, their resources and time to help others, because I think that’s how we build a world that we can be proud of, by sharing and by caring. The famed “Am I my brother’s keeper?” question that we know from the Cain and Abel story is kind of an important theme for me, because I feel like I have benefitted richly from people who made lots of sacrifices for me in general — through civil rights, through growing up in the South at the tail end of overt racism and discrimination. I’m inspired by all of that and feel that I need to do what I can for others, regardless of race, circumstances or income. Those are the inspirations — I’ve got lots of heroes and “sheroes” (heroines).

I have twice unsuccessfully run for public office. In 1985 I ran for mayor for the town of Grambling, LA, when I was a graduate student at Grambling State University. In 2003, almost 30 years later, I ran for Cincinnati School Board.

I attended the Million Man March in 1995 in Washington, D.C. That was a very emotional, powerful experience for me.

That’s a tough question, because I like a lot of things about working here. The thing I like most is the ability to make a difference, directly and indirectly, in the lives of so many people and in so many projects. Not only through funding, but sometimes through the ideas and the advice — because you have more of that than you have money — and so occasionally you get reminded that something you said or did made a difference for an organization or an individual.  GCF is an outstanding organization and there have been so many outstanding people as staff, volunteers and donors associated with it over the years that I’m just proud to be a part of that history, that legacy of contributing to the community. 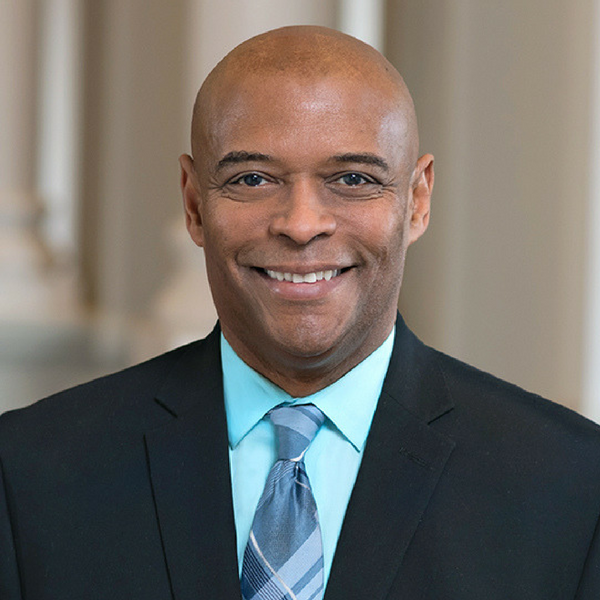