The Northern Kentucky Fund of the Greater Cincinnati Foundation, celebrating its 20th anniversary this year, was delighted to name Joan and Wm. T. (Bill) Robinson III as recipients of the 2018 Devou Cup during the Northern Kentucky Chamber of Commerce Annual Dinner on September 20.

The Devou Cup honors the generosity of individuals who make a profound difference in the quality of community life in Northern Kentucky, now and into the future. Named for 19th century philanthropist William Devou, the Cup has been awarded to exemplary philanthropic leaders since 2004.

“Joan and Bill Robinson created a charitable legacy in our region that endures and inspires,” said Ellen Katz, president/CEO of GCF.

The long list of their civic and philanthropic leadership demonstrates the depth of their commitment to our community, and especially to children and adults with disabilities as reflected by five decades of partnership with Redwood School and Rehabilitation Center. In honor of his and Joan’s dedication to human services and the arts, Bill served on numerous charitable boards and committees including the Cincinnati Symphony Orchestra, Taft Museum of Art, Freestore Foodbank, YMCA of Greater Cincinnati, United Way of Greater Cincinnati. And they ardently supported Thomas More College, where they first met.

The Member-in-Charge of Frost Brown Todd’s Northern Kentucky office until his passing in 2017, Bill gained national prominence as President of the American Bar Association (2011-12). He also championed economic development in Northern Kentucky.

The Greater Cincinnati Foundation salutes their leadership and generosity in our region.

About The Northern Kentucky Fund

brings together donors with the common goal of enhancing the quality of life in in Boone, Campbell, and Kenton counties.

About The Greater Cincinnati Foundation

As the region’s leading community foundation, the Greater Cincinnati Foundation connects people with purpose in an eight-county region in Ohio, Kentucky and Indiana. GCF is leading the charge toward a more vibrant Greater Cincinnati for everyone – now, and for generations to come. As of 2017, GCF is the 35th largest U.S. community foundation with net assets of $649 million. 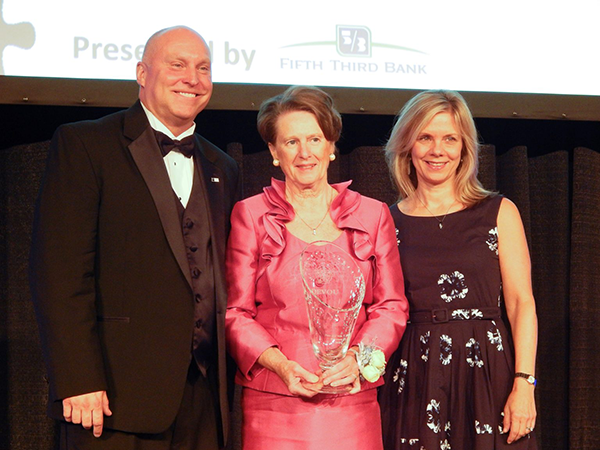